The familiar sound of crickets chirping has taken on a new dimension. Their lives are lived on a faster scale than ours, but if one were to record their sounds, then slow them down to what would be the equivalent of human time, we have a “translation” of their chorus that will transform your understanding of the natural world. Listen to the sound of crickets: that sound like amazing human choirs! Listen!

Note: the audio has superimposed cricket sounds on their scale as we normally hear them over the human scaled sound. A voice-over briefly describing what this is also shows up briefly. Imagine that these earthly heavenly hosts are singing like this (to their ears) for hours (perhaps longer on their timescale), and what does this mean? 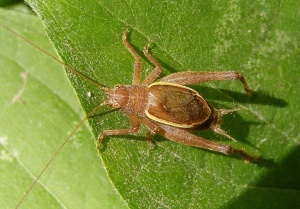 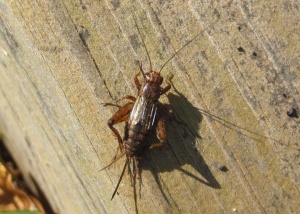 Reading this excellent rebuttal to an article discussing the pros and cons of memorizing poetry, I am reminded of some of the absurdities in the “debate” about “free verse” vs. formal or metrical poetry. 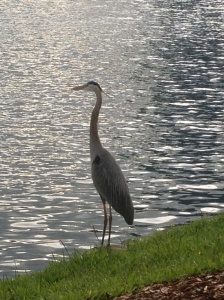 Much of what is written by the throngs of uncounted poets today is based on the idea that “modern” poetry does not rhyme or have a metrical or rhythmic base, but rather is “free” of such “constraints”… Others say “if it don’t rhyme, it ain’t poetry.” Somewhere in between should be a free mind able to discern that what makes a poem “work”, on the highest level, is a command and 6th sense of the language added to the ability to imaginatively create images and sense that expresses what could otherwise not be expressed.

Mastery of the language is a profound thing and cannot arbitrarily exclude the sonics of the language, the power of repetition and other devices to create a meaning greater than the sum of its parts, a “sense” that may defy logic but which nonetheless feels somehow “true.”

When I memorize a poem, it becomes a part of my thought processes in a way that doesn’t happen otherwise. This is more true of great poems than lesser poems. Also, when I have “sonnetized” free verse of mine, I found the result to be far more powerful and condensed than the original. The poetic devices of rhyme and rhythm rather than acting as constraints and this limiting the poem, acted as means of pushing me out of my preset boundaries and thus discovering new ways of looking at things, new words to more succinctly express what I was trying to get at. Quite the opposite of what many poets believe. There will always be doggerel and bad poetry. But a great deal of doggerel is actually written in the form of “free verse.”

I always put that in quotes, because the notion of “freedom” here is rather misleading. The original “modern” poets who pioneered what is known as free verse came on the heels of the dominance of “formal poetry” and so had a command of it from whih they could then break ranks and innovate. But many of today’s innumerable writers of poetry did not arise out of that tradition and are not very much aware of it, as Marly Youmans points out in her blog post linked above. So it is something of a revolution, not a reactionary movement, to write in forms to express the unique and evolving world of this moment in a language that is vital to how people speak at this very hour. Rap and spoken word poetry are all part of this revitalization which is making poetry not only more accessible, but less academically infused with ingrown staleness. Or at least, we try to get there.

Irresistible Sonnets is out, with a fantastic collection of sonnets from many truly amazing poets, and including one of my sonnets about a strange supernatural connection with this bird of prey that came out of nowhere.  If you thought sonnets were for “old professors,” think again.  This is a collection I’m overwhelmed to be a part of. 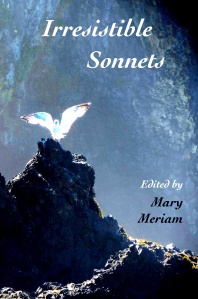 OK, the word “essay” rarely translates into high voltage, but wait until you read this essay  by Cally Conan-Davies about Philip Larkin’s amazing poem “The Explosion.” The essay itself is an explosion. You can find the poem itself, with another more sedate discussion (but also fascinating), here.

Two of my poems, “My Heart Is an Extremity” (a ghazal) and “Sunset Canyon,” which rethinks death, have just been published along with a rich selection of fantastic poems and reviews, in the latest Angle Poetry