Issue 11 of Eyedrum Periodically is out with the theme “Broken,” and includes 3 of my poems. It includes many fine poems well worth your time, including one about “The Given-Away Twin.” My poems include an elegy and a pantoum about war. Check it out! 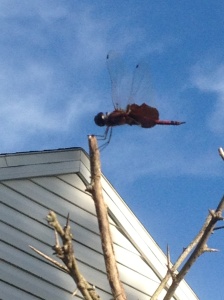 The Ghazal Page Issue 59, Fauna Challenge (see Fauna Photo above), is now live with five of my ghazals (4 never published before) here. Of course, you should check out the whole issue, which is well worth your time. Enjoy!

Check out my review of Carina Yun’s award-winning chapbook On Loving a Saudi Girl on The Rumpus.net site (a fantastic site for book and poetry lovers) today!!

The horrifying events in Nice last night feel beyond the reach of words. The feeling of horror and loss, of people who had been traumatized and bravely moving forward now traumatized again. Again the cruel and senseless gaming of mortality…for whom? For what? How can we live?

Not in answer, but just some words that seemed to relate. This poem, one of no doubt many. Keeping in sight that each death is its own tragedy, yet a mass death, like a war, is a collective tragedy. Going to war will not stop it, as some may imagine. To stop it requires more honor and dignity than war can ever offer.

He’s gone, and all our plans
Are useless indeed.
We’ll walk no more on Cotswold
Where the sheep feed
Quietly and take no heed.

His body that was so quick
Is not as you
Knew it, on Severn river
Under the blue
Driving our small boat through.

You would not know him now …
But still he died
Nobly, so cover him over
With violets of pride
Purple from Severn side.

Cover him, cover him soon!
And with thick-set
Masses of memoried flowers—
Hide that red wet
Thing I must somehow forget.

In her poem “Foley,” Lucia Perillo shows us a world, the same one we live in, where things are never as they seem. Now more than ever her words ring true.

My review of Mary Meriam’s Lady of the Moon has been published in the latest issue of The Gay and Lesbian Review, a sophisticated and well-respected place to be indeed. I’m thrilled to be in it; the issue is also full of fascinating articles. In fact, once I started reading it, I couldn’t put it down. Here is the link, bearing in mind the full article can only be viewed by subscribers. Please check it out!